Constellation Stage & Screen is committed to an inclusive approach to casting. Actors of all types and abilities are encouraged to submit for the role with which they identify. Constellation takes pride in hiring local (Bloomington/Indianapolis-area) artists, but there are occasionally opportunities for non-local guest artists.

IMPORTANT UPDATE: We have ADDED another evening of auditions on the 30th due to demand. You may request a waiting list spot on the 29th if that is the only time you are available.

Constellation Stage & Screen is holding local auditions for its inaugural season. Seeking local (Bloomington/Indianapolis and surrounding region) actors for the 8-show Mainstage and Constellation for Kids season. This is a general call for ADULTS for the season, project-specific auditions will be held at a later date, including auditions for kids and teens for Elf.

Season auditions will be held on the evenings of JUNE 29th & 30th at the Bloomington Academy of Film and Theater (411 E. 7th Street). To request an appointment, fill out this form with your choice of 30 minute time slot.

At this time, it is expected that Constellation will require proof of Covid-19 vaccination for all artists in the 22-23 Season.

Jack Worthing – male identified, late 20’s. A caring, thoughtful young man who escapes his country life to London to blow of steam and have a bit of fun. A true romantic.

Algernon Moncrieff – male identified, mid-20’s. A rake who is all style and little substance. A rich, city boy who has nothing to him but his name and his wit.

Gwendolen Fairfax – female identified, mid-20’s. A fashionable, wealthy young woman who is not afraid to speak her mind or go after what she wants.

Cecily Cardew – female identified, early 20’s. A sheltered young woman with a vivid imagination. She dreams of being swept off her feet.

Lady Bracknell – female identified, 50+. Gwendolen’s mother. An intimidating grand dame who cares a great deal what other people think and wants a fine match for her daughter. She values lineage over personal substance and has no qualms about it.

Miss Prism – female identified, 40+. Cecily’s tutor. A timid woman with a secret past. She is sweet and has a secret crush on Reverend Chasuble.

Reverend Chasuble – male identified, 40+. The local rector at Jack’s estate. Sweet, but a bit of a long-winded pedant, with a charming attraction to Miss Prism.

All roles available, principal roles are listed below.

Buddy – male identified, 20’s-30’s. Tenor. Born a human but raised at the North Pole as a Christmas Elf, Buddy is eager to find his place in the world. He is a child at heart and that child-like curiosity makes him both endearing and gets him into trouble.

Jovie – female identified, 20’s-30’s. Mezzo. Buddy’s love interest. She works at Macy’s and has a bit of a cynical outlook on life and love because of the men she’s dated. She is caught off guard by Buddy’s genuinely big heart.

Walter – male identified, 50’s. Baritone. Buddy’s workaholic father. He is a Children’s book writer, but lacks any of the childlike spirit that Buddy has. He is selfish, tense, and generally angry with life.

Emily – female identified, 40’s. Mezzo. Walter’s wife. Though she is sweet and willing to take him in, she thinks Buddy is crazy at first. Wishes her husband would spend more time with the family.

Michael – male identified, 12-15. Alto. Buddy’s stepbrother who is excited to have a new friend and brother. Unlike his mother, he doesn’t take much convincing to have Christmas spirit, but like his mother, he wishes his father would spend more time with the family.

Sidney Bruhl – male identified, 45-55. A formerly successful playwright whose career is in decline. Wealthy, intellectual, ruthless. Married to Myra, but is revealed to be bi-sexual.

Myra Bruhl – female identified, 40’s-50’s. Sidney’s wife, the financial brains of the household. Very old money Connecticut. She adores her husband but is wary of his dark streak.

Helga ten Dorf – female identified, 30+. A Dutch psychic visiting on holiday and staying next to Sidney and Myra. Something of a celebrity, but easily taken to be a phony, as she seems flighty and ridiculous.

Porter Milgrim – male identified, 40’s-50’s. Sidney’s friend and lawyer. A serious fellow who doesn’t want to see anything bad happen to Sidney and is protective of him. Unbeknownst to him, Sidney hides a great deal from him.

Coach — female identified, 40’s, Black. The Coach of the women’s team and a former player herself.

Suzan — female identified, late 40’s, Middle Eastern. Khady’s mother and a widow. She was born in Egypt so may speak with a slight accent. She is devoutly Muslim, but does not wear a headscarf.

MOON & (OTHERS) – female identified, early 30’s-40’s. Mezzo. A force of nature with a voice that swells a room. She doubles as (DEBORAH), Charlie’s very Jewish and overbearing mother and (RHONDA), a bartender. A versatile comedian with vocals like Oleta Adams.

SEA & (OTHERS) – male identified, early 30’s-40’s. Bari-tenor. A seductive voice who evokes power through his stillness. He doubles as (FRANKIE), a bubbly bar owner and (HUNTER), a bartender. A versatile comedian with vocals like Luther Vandross.

CHARLIE- male identified, mid-20’s-30’s. Tenor. Must play guitar well. A complicated soul with a broken heart, who’s still holding on to the past. To navigate his healing, he’s abandoned his music.

DOUG – male identified, mid-30’s-40’s. Bari-tenor. Erin’s fiancé. An accomplished musician, who’s already been through one marriage. He’s a people person who loves to socialize. Both charming and corny.

Anne Shirley – Female identified, early 20’s to play teens. A red-haired orphan with an active imagination and a strong will.

Marilla Cuthbert – Female identified, 40+. The stern mistress of the household. She is very attached to her brother Matthew and very averse to change.

Matthew Cuthbert – Male identified, 40+. Quiet man with a heart of gold. He instantly has a soft spot for Anne and goes to bat for her with his sister.

ACTOR 4 – Female identified, 20’s-30’s to play Rachel Lynde and Diana Barry. Both of these characters are cut from a different cloth than Marilla and Matthew. Seeking a versatile actor to make strong choices.

ACTOR 5 – Male identified, 20’s-30’s to play Gilbert Blythe and Doctor. Gilbert is the star of Anne’s class, both smart and handsome. The Doctor is a minor role.

ACTOR 6 – Any gender, any age to play the supporting roles of the Stationmaster, Mrs. Blewett and Mr. Phillips.

All roles available. Most performers will be operating puppets within their track.

Pigeon – Character is male identified, but actor can be any gender and age 18+. Pop tenor. A snappy, sassy and demanding bird who never gets what he wants, but never stops trying. This performer will be operating a puppet for the entire show.

The Bus Driver – Female identified, any age 18+. Mezzo/Belter. A professional who loves her work and prides herself on being on time. She is the co-star of the show.

Actor 4 – Female identified, any age 18+, Soprano. Plays a Pigeon, a Duckling, the Bus Engine and other roles. Versatile actor who can make big choices, operates a puppet for most roles.

Actor 5 – Male identified, any age 18+, Tenor. Plays a City Worker, a Teenager and other roles. Versatile actor who can make big choices, operates a puppet for minor roles.

Actor 4 – Female identified, any age 18+, Soprano. Plays a Little Old Lady and other roles. Versatile actor who can make big choices, operates a puppet for most roles. 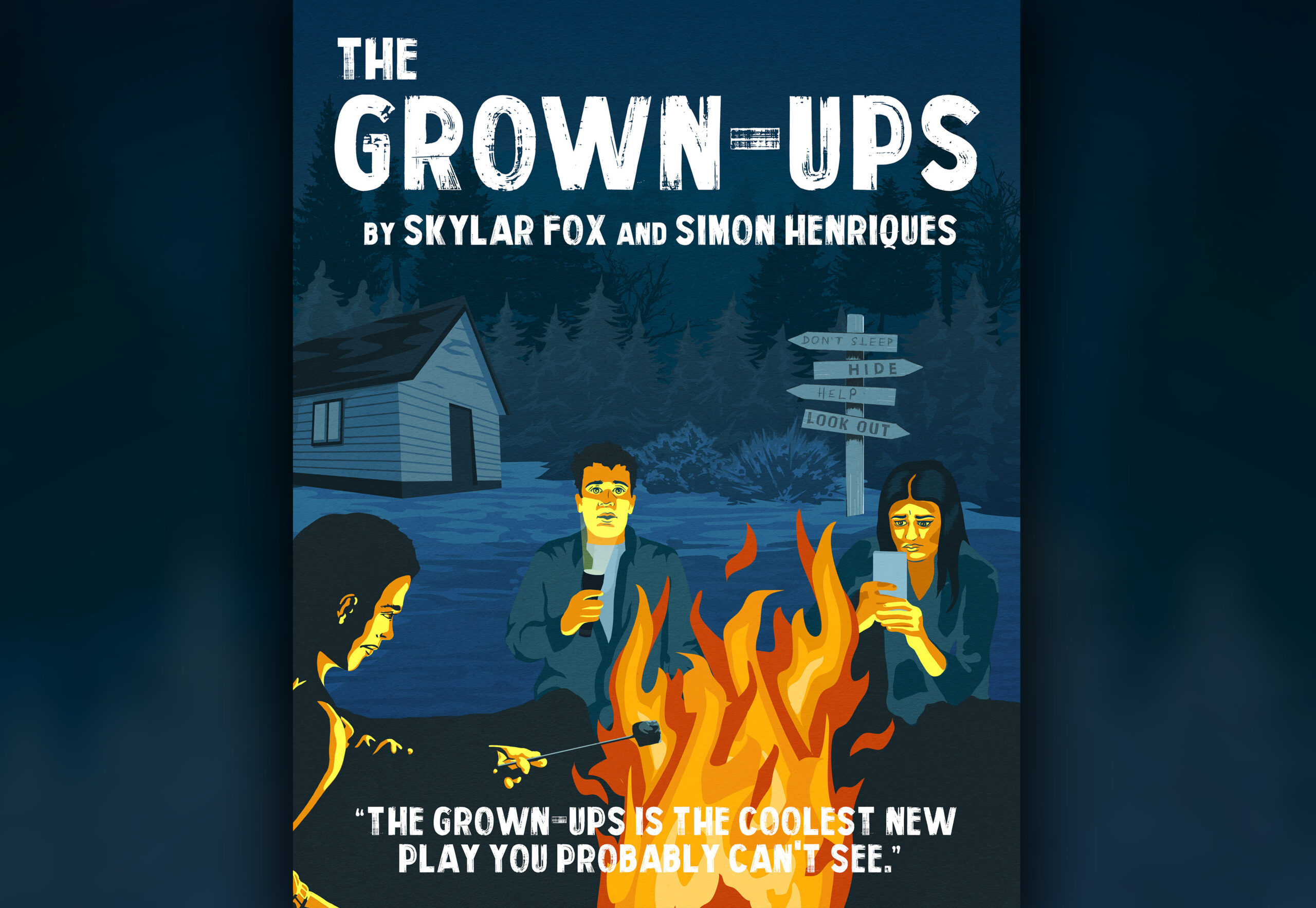 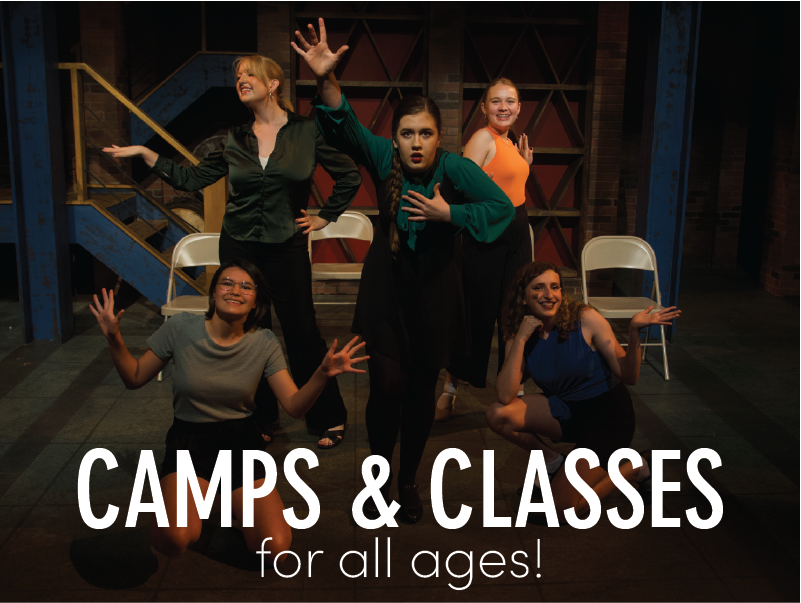 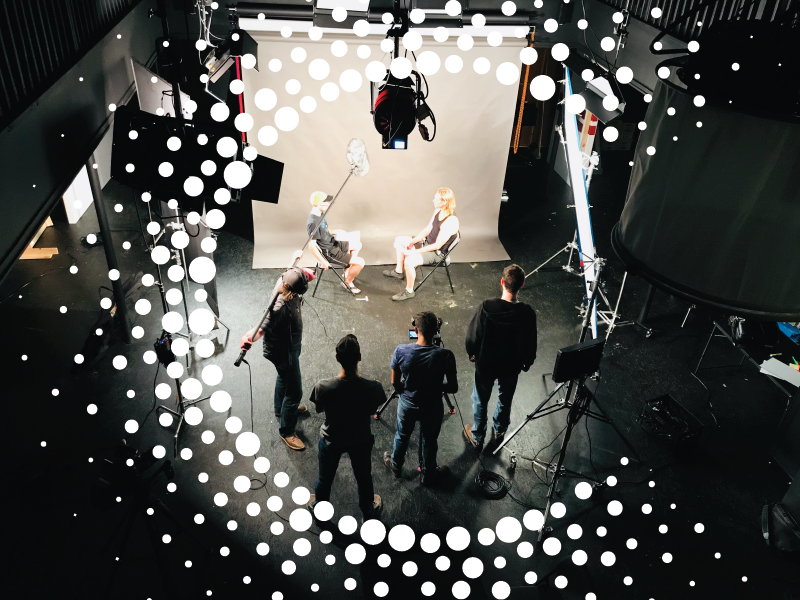