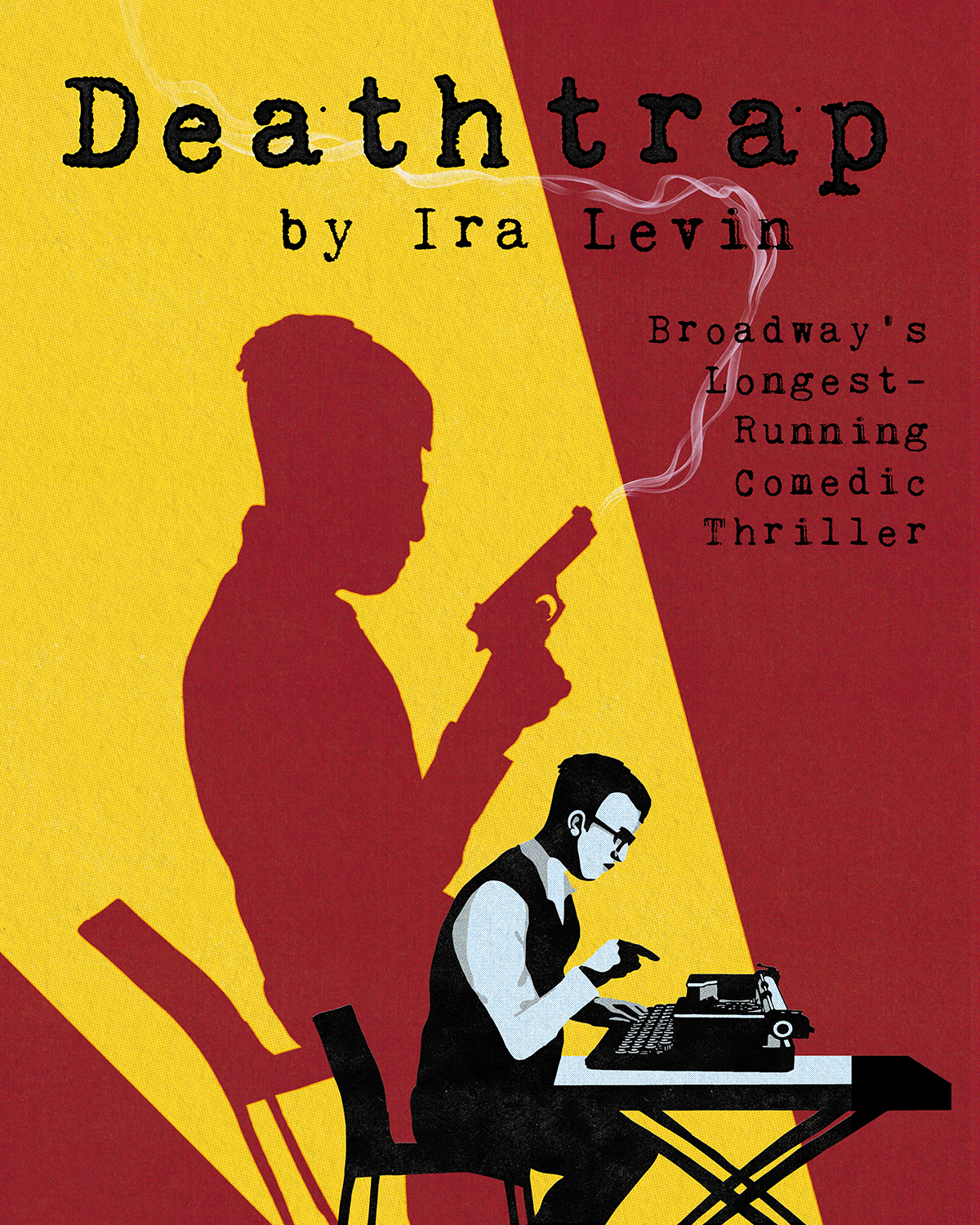 World-famous thriller playwright Sidney Bruhl is suffering from a chronic case of writer’s block. When one of his former students shows up at his doorstep with what might be the next Broadway hit, Sidney and his wife concoct a deadly plan to make the manuscript their own. Holding the record for the longest running comedic thriller on Broadway, Deathtrap is filled with twists and turns in a series of shocking events that will keep you on the edge of your seat until the very last moment!

Pay What You Will Thursdays

To keep live performance affordable and accessible to our community, we’re offering Pay What You Will Thursdays for all Mainstage shows at the Waldron and Ted Jones Playhouse! Book tickets for one of our Thursday performances of Deathtrap and you’ll get to choose your own ticket price (from $5-$75). Just select your seats, then you’ll be prompted to choose your ticket price.

Pay What You Will Thursdays and our Community Access Ticket Program are generously sponsored by Jessika and Bryan Hane.

In addition to producing new works, Chad has directed more than 100 productions across the country, focusing primarily on new and contemporary plays and musicals. He has managed multiple new works companies and created the acclaimed Adirondack Film Festival. While Producing Artistic Director of the Bloomington Playwrights Project (2009-2022), BPP underwent what Bloom Magazine called “a near miraculous renaissance.” Taking the helm of a theatre nearing six-figures in debt, Rabinovitz quintupled its subscribership, erased all debt, vastly expanded its education program, completed a full-building renovation (and purchased the building), doubled the operating budget, and sold out every single performance of every production for 5 straight years.

For his achievements, Rabinovitz was the recipient of Bloomington’s Manager of the Year Award, the Downtown Revitalization Award, Bloomington’s Attraction of the Year Award, Ivy Tech’s Community Partner Award, and was honored with being on the cover of Bloom Magazine where he’s referred to as “a visionary artistic director, savvy businessman, and inspirational leader.” He was named one of the 100 Reasons to Love Bloomington and was honored with Bloomington’s 10 Under 40 award as well as Glens Falls’ 20 Under 40 award in the same month. Chad is a candy lover, owner of The Candy Space (www.thecandyspace.com), and proud graduate of Advanced Adult Space Camp.

Greta Lind is a lifelong creative whose work spans diverse mediums including theatre, podcasts, television, print, and film. She’s appeared in All My Children, Missing Persons, and the film Rudy. Greta absolutely loved raising her two wonderful boys, acting in The New Harmony Project, co-facilitating Young Women Writing for (a) Change® Bloomington circles, and writing her debut novel, Split Open, which was published in 2021 (audiobook coming soon). Her recent acting work includes two audio drama series: WFIU’s The Ernie Pyle Experiment! (an Audie Awards® finalist), and The Wonderful Wizard of Oz (for broadcast by WFIU and other radio stations beginning in February 2023). Greta was in Cardinal Stage’s production of Our Town, Constellation Stage & Screen’s The Importance of Being Earnest, and is thrilled to be working (and playing) with Constellation again in Deathtrap. Gretalind.com

Mary Carol is a Bloomington native who has been acting in theater all of her life, beginning at the age of 8 when she performed in original plays with the kids in Hoosier Acres. Her love of theatre brought her to New York City where she was trained in the Meisner School of Acting with William Esper. She was a member of the Circle Rep LAB and acted in Off-Broadway, theatre, films and television. Since returning to Bloomington she has performed at the Brown County Playhouse, Bloomington Playwrights Project, Cardinal Stage and Indiana Repertory Theatre. Her most recent role was “Lady Bracknell” in Constellation’s production of The Importance of Being Earnest. When not engaged in theatre she’s volunteering for MC-IRIS, Friends of Lake Monroe and leading hikes for the Sierra Club.

Since his 2012 acting debut in the Monroe County Civic Theater (MCCT) production of Studs Terkel’s Working, Steve Scott has performed on stage or in front of the microphone for MCCT, Bloomington Playwrights Project (BPP), Indiana Public Media, Cardinal Stage, Starrynights Productions, and Constellation Stage & Screen. Among his most notable roles were the serial killer Ralph Ian Wantage in Bryony Lavery’s play Frozen, and the epicene Mr. Peach in the farce Farndale MacBeth, both MCCT projects. Most recently he played The Spider in BPP’s Fortunato Heist and the butlers Lane and Merriman in Constellation’s The Importance of Being Earnest. Deathtrap will be Steve’s 24th performance.