A new play by Catherine Bush 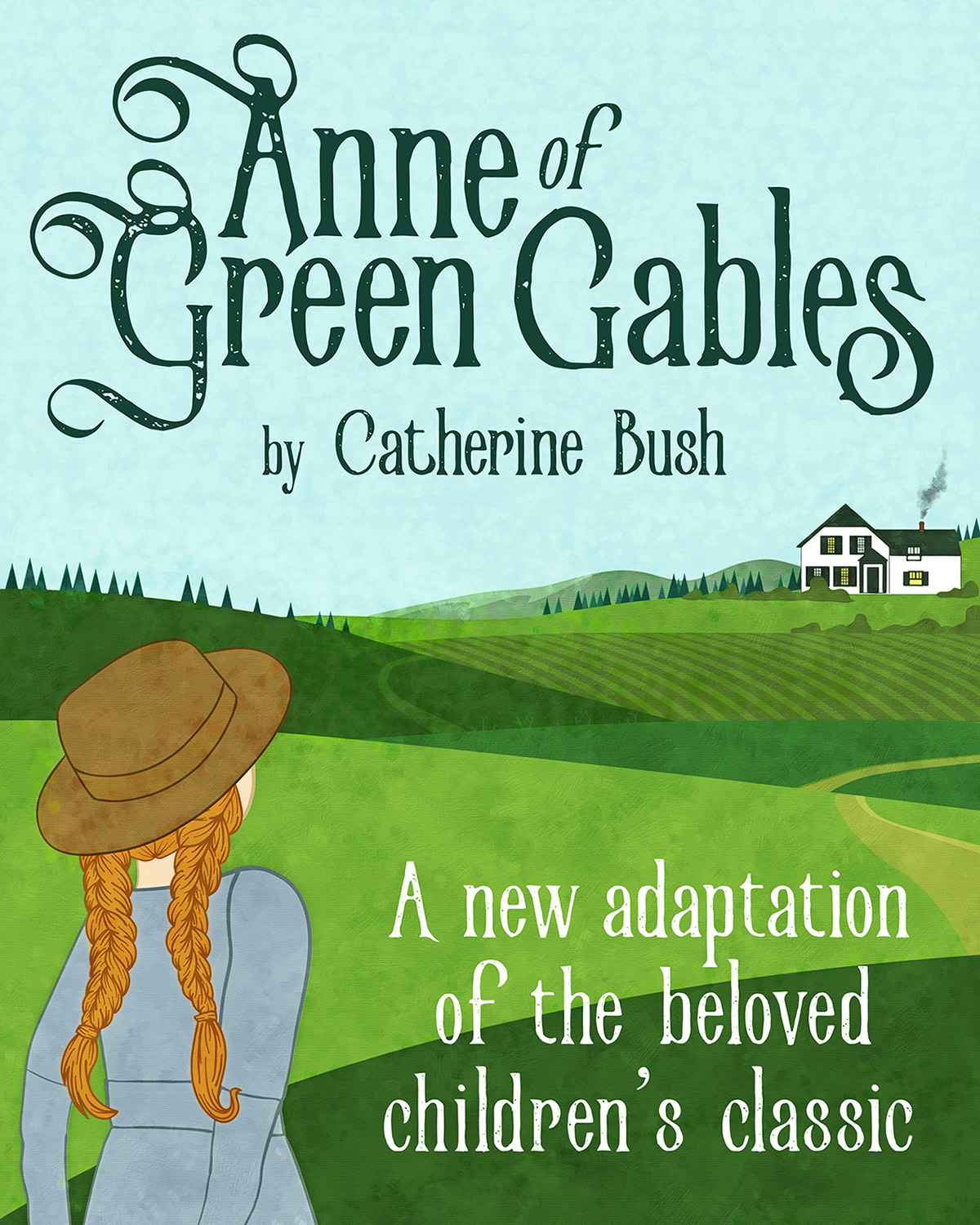 A new adaptation of the beloved children’s classic

Marilla Cuthbert and her brother Matthew are determined to adopt an orphan boy to help them run Green Gables, their farm on beautiful Prince Edward Island. But their well-ordered lives take a surprising and hilarious twist when the boy they hoped for turns out to be a spirited, redheaded girl named Anne Shirley, whose wild imagination leads her into countless scrapes and one family’s heart.

Constellation offers select sensory-friendly performances for our Constellation for Kids series. This special performance is designed to create a theater experience that is welcoming to all families with children with autism or other sensory sensitivities.

Accommodations for these performances include:

Sponsored by Unlocking the Spectrum.

Alexa Norbeck is a third year B.F.A. Musical Theatre major with a minor in Italian at Indiana University Bloomington. She is originally from Fulshear, TX, but has spent most of her life in Fredericksburg, VA. Her most recent credits include Bowling for Beginners (Sarah) and Twelfth Night (Curio & First Officer) at IU. Other favorite credits include Into the Woods (Cinderella), A Christmas Story (Esther Jane), Les Miserables (Cosette), and Shrek: the Musical (Pinocchio & Rat) at various regional and community theaters. She is thankful for Constellation Stage & Screen, IU, the IUMT faculty, her classmates, and her parents for supporting her and helping her grow.

Maria Walker lives in Bloomington, where she engages in a wide variety of music and theater projects and creative ventures as a singer, actor, and teaching artist. She has appeared with Cardinal Stage in Mary Poppins (Mrs. Banks), Annie (Grace), The Wizard of Oz (Glinda), Charlotte’s Web (Charlotte), Willy Wonka (Mrs. Bucket), The Birthday Feast (Mrs. Allegri), A Year with Frog and Toad (Bird/Mouse/Mother Frog), Les Misérables, My Fair Lady, Oliver!, Love, Loss, and What I Wore, and Beauty and the Beast. Additional stage credits: Bloomington Playwrights Project in Front Page Flo (Emma), Ivy Arts in Romeo and Juliet (Lady Capulet), and Indiana Festival Theatre in Sense and Sensibility (Mrs. Dashwood/Mrs. Ferrars) and A Midsummer Night’s Dream. Maria is a proud Indiana Jacobs School of Music graduate. She is very happy to join Constellation Stage and Screen’s inaugural season in this production of Anne of Green Gables!

Greg Simons is excited to be making his Constellation Stage & Screen debut. He has been acting on stage (and occasionally on screen) for 15 years and plans to continue doing so for at least that much longer. A few of his favorite roles include Randle McMurphy in One Flew Over the Cuckoo’s Nest, Mortimer Brewster in Arsenic and Old Lace, George Bailey in It’s A Wonderful Life, and Michael Novak in God of Carnage. As always, he is incredibly thankful for the loving support of his wife, Karen. Anne of Green Gables being one of her favorite stories just adds to his enjoyment of performing in this show.

Mia Siffin is an actor, filmmaker, and life-long Bloomington local. She graduated from IU’s Hutton Honors college with BAs in Theatre & Drama and Artistic Adaptation (individualized major) and is currently attending UCLA’s Professional Program in Screenwriting. For two summers, she was an apprentice with the Off-Broadway theater company, LAByrinth, where she developed and performed new work with its members. Bloomington productions: Titus Andronicus (Lavinia), Out of Orbit (Lis), Marilyn’s Room (Marilyn), Antigone (Tiresias, Chorus), Arturo Ui (The Actor, Wounded Woman, Fight Captain), The Wolves (#2). Off-Broadway readings: Ladies in Waiting (Susan), Night Shift (Lori), Nimbus In A Tin Can (Alexa), NYNY: The Dancing Soldier (Chrissy), DeeDee & Celia (DeeDee). Mia’s feature film acting debut was in Runner, which just premiered at TIFF and won the Special Jury prize at SSIFF. She also did the locations for Runner, and continues to work both behind the scenes and as a performer.

David Hosei is a sophomore at the University of Indiana. David has been acting since 8th grade. David started taking acting more seriously after high school. He recently was in New York doing a summer intensive to get more training and try to be the best actor he can be. He has done some plays with playwright David Davila “La Piñata” and “When they come for me in the Morning, they will come for me at Night” during his time at IU. He has also helped with student films around campus. David wants to audition for many other projects and try to expand his skills as an actor.

Kenny Hertlng is excited to be joining on Constellation Stage & Screen’s inaugural season with Anne of Green Gables. Kenny has lived in Bloomington, Indiana since June of 2019 after moving from Raleigh, North Carolina and is happy to see such a thriving artistic community in the area. Kenny has been fortunate enough to work on a number of shows in the area, most recently King Henry IV part I as Hotspur. Kenny would like to thank his family and his friends for their support and the audience members seeing this show and supporting life theatre. Hope you Enjoy the show!